Hey guys, I’ve been looking for a new mixer and stumpled upon this product on a local Ebay store. Looks like a normal Sima SFX-10 visually but completely brandless and with a suspicious packaging. Has anyone seen something like this or know about some unbranded runs of them with the legit chips and circuitery? Or does it look like a cheap toy that just have a Sima enclosure? 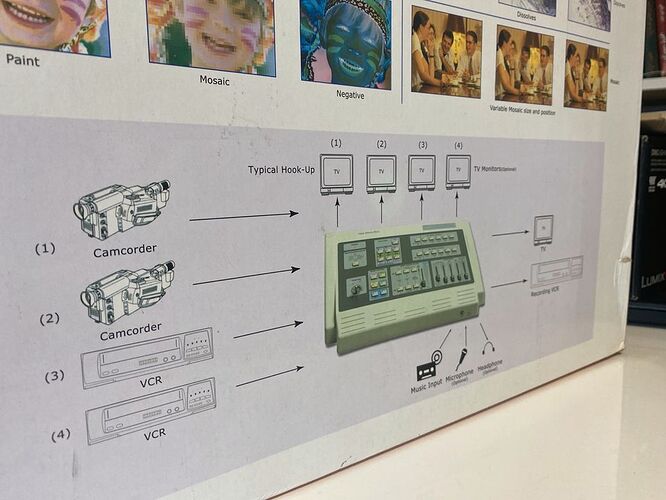 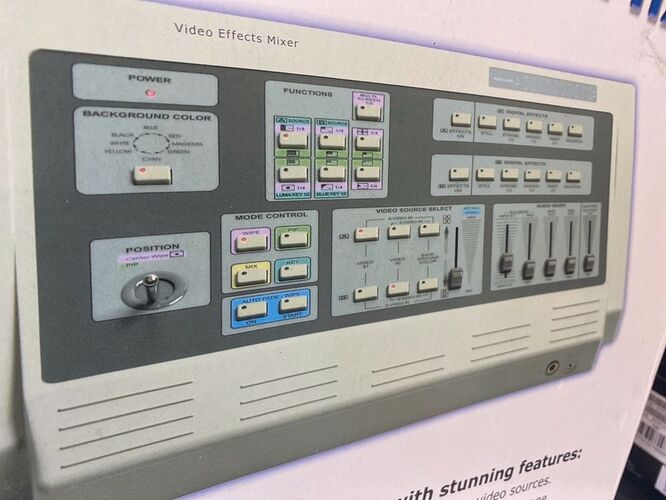 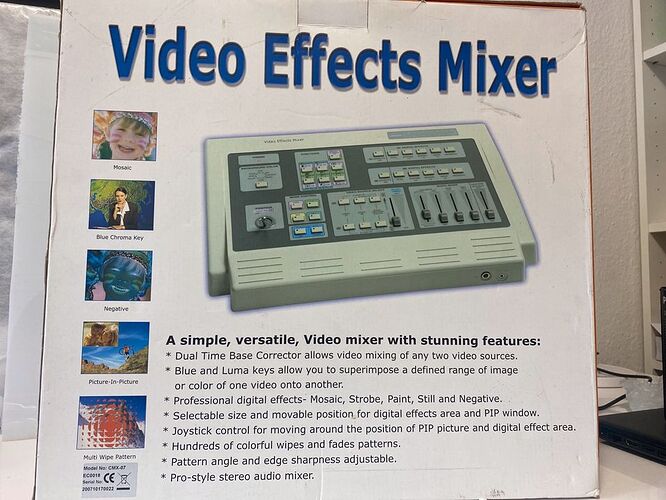 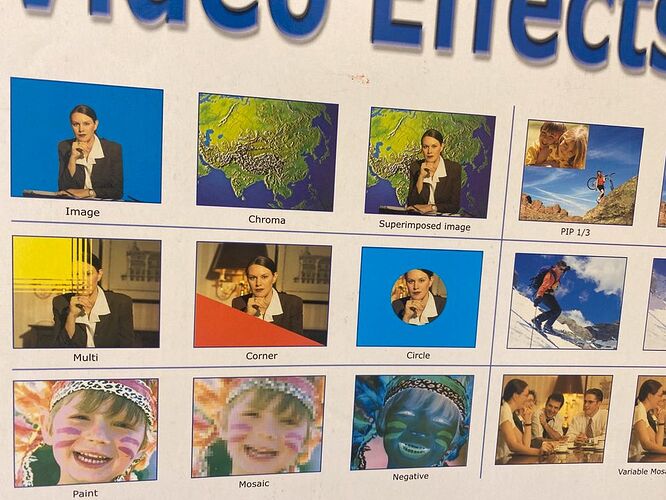 Intriguing. If they don’t want too much, might be worth picking up just as a curiosity.

Looks like the SIMA mixer was sold re-labeled. Here’s a current eBay auction with one labeled as Ambery:

Ambery VIDEO Effects Mixer DC 12V 1.25 A Tested and Working. W/Power Supply. Item has been Cleaned and tested.  Shows very little ware .Comes with power supply that works but is in rough shape .its been glued back together and shows a little...

Hmmm, you are right. Even though it’s not even branded as anything, I think I’m gonna give it a shot. Kinda rare equipement here in Europe. Worth a try.

Hi @rmngee and welcome to Scanlines!

I don’t have sources to proof this, but it looks like in those years it was relatively common for tech brands to make deals so that one was repackaging other brands product.

For example a well known video mixer like the Panasonix AVE-WJ5 was also sold by Blaupunkt as the DVM-2000, inside a different plastic enclosure. The button/faders layout is completely the same: 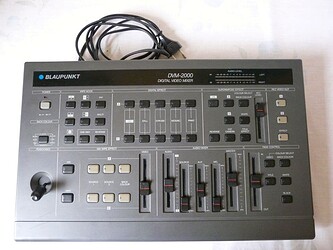 Yeah, that’s true. I do own the exact same Blaupunkt (and have a problem with just black and white output, that’s why I am looking for a new one(((). I was just confused that this Video Effects Mixer is completely unbranded and without even a model number or something. So I am wondering if it is the same circuit inside.

I’ve seen 3 ‘brands’ of that mixer. The rebranding thing was common in that era and still happens today.

So I’ve decided to give it a shot and for €170 it came out as quite a bargain. Works nice, tbc is really robust, can handle several sequenced glitch devices. So in the end, I’m quite happy with this brandless version.

Initially, I thought there’s no chance of getting a Sima here in Europe, and I had to go with Panasonics or Blaupuncts. With which my first shot was quite unsuccessful, so it worth checking weird stuff once in a while.

The weird stuff is usually where all the best demons live.