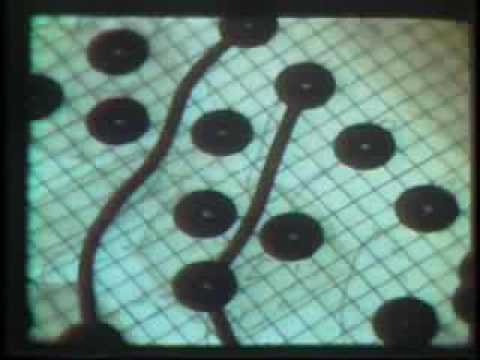 is it really an analog circuit if you make it on a computer anyway !?

is anything analog if quantum mechanics holds up as a fundamental theory? not a troll question, something i think about a lot. for my classes i usually go into digressions on how “analog” video can ever be, usually the point i try to emphasize is that anything with discrete components beyond a certain liminal point is nearly always indistinguishable from a “continuous” signal but ive always been leaving out the quantum nature of light and electricity and wondering how much that rabbit hole is worth exploring for practical purposes

is anything analog if quantum mechanics holds up as a fundamental theory?

I have very little physics education but I have looked into the math a little bit. My understanding is that observables are quantized but states aren’t.

(would the Discourse math plugin be useful here? math is purty)

if you want to find uncountably infinite sets in mathematical models of physical reality you don’t even have to go deep into quantum physics, they have been there since newtons principia. For differential calculus to hold true as a rigorous discipline its neccessary to define the Real number system as an infinite and uncountable set and to define the concept of a limit. According to this model any physical movement at all involves infinite sums over uncountably infinite sets.

there is a metaphysical concept at hand here tho. I’m not speaking in the colloquial terms of metaphysics but in the more concrete term of metaphysics as in examining the relationship between the mathematical models that we use to interpret and predict the world and what is actually ocurring. In mathematics we have a rigourously defined set of rules for how we can do infinite arithmetic over the real number system. In the physical reality tho we have computational limits imposed upon us by the rules of physics which say that we can’t ever actually compute an infinite sum no matter if it is countable or uncountable. in order to ever actually apply infinite mathematics to the finite word we always have to choose a point at which we stop and say “ok we got close enough”. this is the important take away from the definition of a limit. Its not that we ever actually compute the infinite sum. Its that we can compute a finite sum with an arbitrary degree of accuracy with the restricions of both space and time on our computation.

The remarkable usefulness of differential calculus to describe and predict certain simplified models of the physical world should not be perceived as proof that the world is actually calculating derivatives and integrals. there is actually more implicit proof from an informational and computational standpoint that differential calculus is more often than not incredibly inefficient and worse than useless for describing the vast majority of actual physical and dynamical systems.

similarly with quantum mechanics we have to make sure to differentiate between quantum mechanics: the mathematical system of models that involves abstraction of probability theory to the complex numbers and the matrix mechanics for operating on these complex probabilities and quantum mechanics: the actual what the fuck is going on down there. many scientists do no like to emphasize the difference between models and reality but there is no evidence than any mathematical model is isomorphic to reality. given that our only methods of interacting with and measuring anything at this scale involves rather striking amounts of violence it is really not surprising that the model we have is convoluted and mysterious. If the only way we could understand the classical mechanics of a 1m pendulum involved blindly throwing basketballs at the pendulum to figure out where it is and how fast its moving at any point we would have a pretty fucking occult classical mechanics systems as well.

for 1000 years or so the theory of epicycles for describing movement of the planets in the sky was an incredibly useful tool for predicting movement. It was incredibly wrong in that it assumed that everything in the sky revolved around the earth but it worked remarkably well for an incredibly long time because folks simply didn’t have decent enough telescopes and recorded data to come up with a better model. then folks developed better telescopes, got way better data (mostly just that canterkous noseless grouch Tycho Brahe and their butterfly collectors approach) and were able to start coming up with better models.

zenos paradoxes way back when were essentially about this exact concept.

for more fun mathematical models of working with the physical world i recommend digging into the computational complexity side of quantum mechanics as well as pertubation theory. I feel like both of these disciplines are currently at the cutting edge of examining how mathematical models and physical reality interact

I think we’re in pretty strong agreement here and I certainly don’t mean to suggest that the presence of uncountable state spaces in quantum mechanics’ mainstream formulation(s) imply that “material reality” is not fundamentally discrete. More I suppose I want to say that I don’t know if quantum mechanics alone or as typically formulated can answer this or not? Formulations I have encountered (in my admittedly very limited exposure!) rely on complex Hilbert spaces in a way that “feels” like these are fundamental objects of the theory even if it is not possible to physically observe them. An (ultra)finitist formulation seems very interesting if perhaps even more technically thorny – a major reason uncountable / smooth spaces get used is that they’re convenient to work with in many contexts.

there is no evidence than any mathematical model is isomorphic to reality.

I think I agree that any claim of such an isomorphism requires extraordinary justification but I have a hard time imagining what evidence for or against this would even look like. Certainly I think that it’s important to keep in mind distinctions between 1) building/understanding a mathematical model, 2) confirming that the model accords with experiment, and 3) believing that the model Describes Reality. I’m maybe pretty skeptical of 3) on its face and 2) can be very difficult so I’m generally stuck on 1).

I’m reminded also of some astronomy lecture I saw that explained that due to the constant expansion of the universe and the finite speed of light, the relative size of the observable universe is continually shrinking, since photons from far enough back in time will never reach us. The lecturer noted that trillions of years from now, a lifeform will arise that develops all the theory of modern physics, radio telescopes and so on, and will conclude from all available empirical evidence that their galaxy is alone in an empty universe. A tremendous amount of information about the nature of the universe has already been irretrievably lost.

Backing up from physics I think mathematical foundations and their overlap with computability / programming language theory are fascinating, and that’s the context in which I first became aware of ideas like

I really have only an easily-distracted layperson’s understanding of any of the above but I’m really enamored with all of these ideas! I’ve attempted a few times to learn some details about quantum information science but I know next to nothing about perturbation theory, would be interested in a reading recommendation and/or more discussion on this.

Another wikipedia find I hadn’t encountered before today is the cosmological interpretation: “the quantum uncertainty that you experience simply reflects your inability to self-locate in space, i.e., to know which of your infinitely many copies throughout space is the one having your subjective perceptions”. I’d encountered the name Max Tegmark before because he’s also proposed the mathematical universe hypothesis: “the physical universe is not merely described by mathematics, but is mathematics (specifically, a mathematical structure)”

or if you prefer using asciimath, wrapping in %: