Hi folks! I’m building a fun video feedback thing. when I mix in the two signals my image is seemingly 50% (guessing my scope is down) out of snyc. so I would say I need to delay it for half of a frame’s time… I’ve seen the triple delay line chips, which would be great, but not for $40 a pop. is there a simpler way to do this? it doesn’t have to be perfect. just not terrible. Thanks folks!

practically speaking there are two ways to synchronize these video signals.

genlock works at the signal source and uses 1 clock to generate sync signals for 2 or more signals.

frame synchronizing uses adcs and ram to store entire frames of video and then uses either an external sync generator or sync from one of the signals to time out when to read through the buffered frames.

so depending on where your vga signals are coming from you might be able to work with one of these solutions. if your using the little vga->composite/composite->vga boxes in this project then the question is do they have their own internal quartz crystal generating clock information? can you work out how to bypass one of the clocks and use some kind of hacky vga genlock thing? if possible this would probably be the cheaper solution than using delay lines

yeah I am using those little boxes. great idea on a genlock hack I think what I’ll try is piggybacking the crystal circuits so one crystal does the clocking!! thanks!!

Its a cool idea I would like to try it, you could adjust the crystals frequency by putting a variable capacior load on it.

But I think the best you would acheive is to stop the rolling. The circuit also needs to know when the beginning of the frame it is syncing too?

I don’t know, I’m leaning towards no it doesnt… I know right now, it doesn’t roll because its feeding back its own signal… so its just way out of alignment (picture a 1/4 of 4 frames superimposed on to the image. but yes I imagine it could roll. and I don’t think it needs a beginning frame, because it should be creating 2 frames with different info at the same time. but the short answer is a shrug… going to try one crystal running all the boxes tomorrow and go from there…

aaand a big fat no…

while i was able to get them to boot up and work occasionally sharing a crystal the results were actually pretty cool… but, mostly all it caused were crashes… basically the short answer from digging I found is NO you can’t share a crystal… too bad… but what you can do, is share a clock source. because these things are of the finest quality chinesium web hits on pinouts have been crap at best… I’m hoping they have an alternate pin for a clock source in / out for syncing… but so far… I’m coming up empty handed…

Maybe, instead of piggybacking the crystal circuit of one of the circuit, you could try to generate a signal clock for both of the circuit, for exemplle using a LTC1799. And buffer the output if necessary. 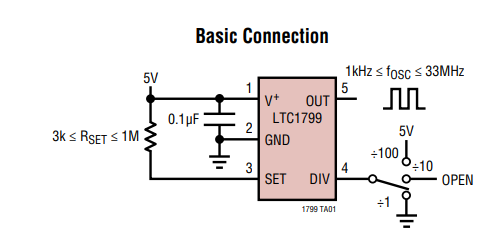