Hey guy’s, this is actually my first time ever posting on this site so I don’t really know what to do but I’ll just ask in the hope someone can help. I recently bought this Siemens CRT monitor at the goodwill and I want to hook this up to my videowall which only accepts hdmi. Is that possible? The screen just turns on but doesn’t do anything else like show any channel’s or a mode. Im very new to all this analog video world. Could someone help me? Much love, Camel 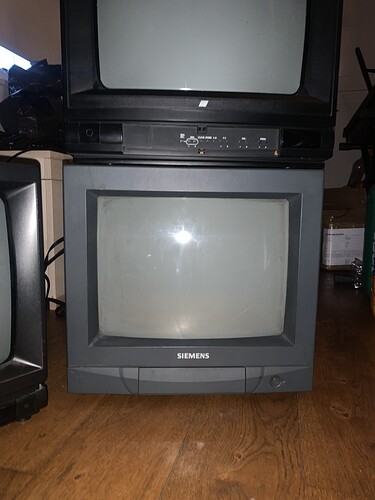 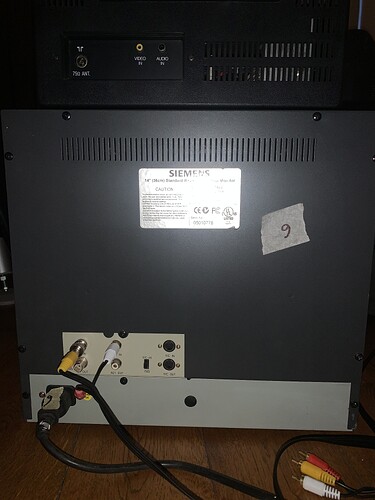 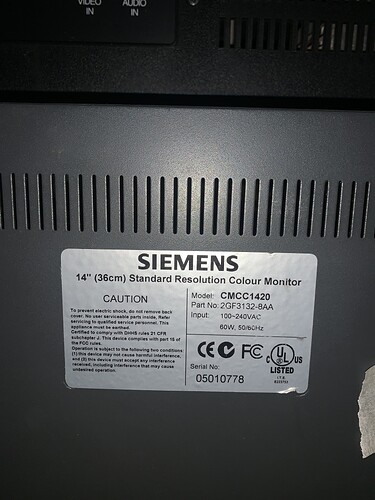 Grab yourself one of these cheap converters. Great for testing and getting old things and new things to talk to each other. 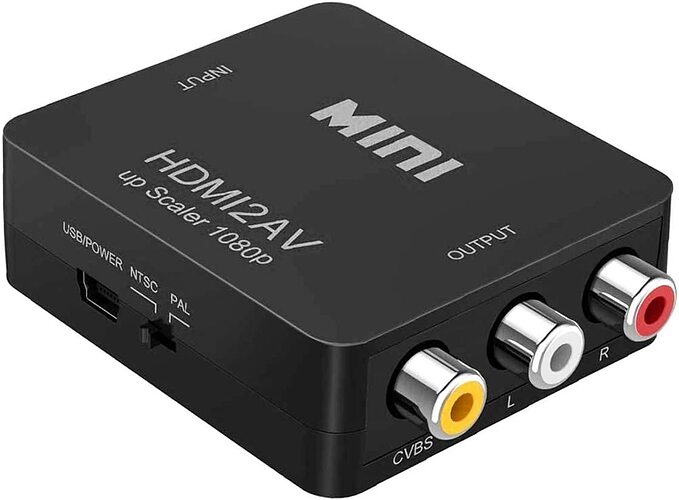 Sounds like all you need is an HDMI to composite/S-video adapter, also known as a downscaler. They’re pretty common and cheap depending on the features you need. One thing you’ll want to consider for its appearance amongst a series/wall of other displays will be the aspect ratio that the downscaler(s) will be sending to the CRT(s).

Does the video wall include modern HD flatscreens in addition to the CRT displays? Most HD video sources will be formatted in a 16:9 (widescreen) aspect, which differs from most CRT screens being 4:3. This means that depending on the downscaler used, it will probably squish the full widescreen image into the square frame leaving you with letterboxing on the top and bottom (wasted space) and a distorted/stretched look, or simply fill out the whole 4:3 screen with the left and rightmost portions of the image unseen.

Cheap HDMI->AV ‘converters’, usually the kinds that’re a simple dongle or breakout cable, will leave you without many options beyond the default. Anything branded as a downscaler boasting a few buttons on it will probably offer a bit more control over adjusting the aspect ratio on whatever is being sent to the CRT.

thanks!! I ordered a few of those

Thanks man, I ordered an rca to s video cable. then im gonna connect it to the hdmi to av converter and that is all connected to the videowall. Im only using crts and they seemed to work in a 3x3 setup. I also was wondering if you might have a price indication since I’ve seen some other models online for crazy prices (2k+) but I don’t think that’s what I have. Anyway Im just curious and many thanks