Opening up the streams?

howdy yalls, paloma and i were talking about the stream zones and thought it might be cool to try and open them up some more for more general usage, like say we have a calendar where members of the group can sign up for time slots and then do video art biz whenevs? would require some amount of formalizing the process of setting up the site for streaming but it seems like a reasonable goal, does anyone have any thoughts on this?

Seems like a great idea. Where I live as far as I know there are no video art meet-ups. So this would serve wonderfully for practice with live feed back and performance tips from others! Plus it’s something plain fun to do

maybe we could try different themes or techniques every so often as well as everyone’s own personal spin!

it is definitely doable. we have been discussing setting up such a thing. the server we have now is very simple, it just takes any stream and sends it out onto the website page. for this, we would need an additional server with a slightly more complex setup to take in multiple streams, combine them, and send them out to our existing server as the final output. this is something i would like to have for things on here as well as for this year’s (virtual) edition of télépresence… i plan to start working on it once i have time, which will probably be like next month or so.

@andrei_jay do you mean so anyone can use just the streaming server (and embed the player themselves whereever they want)
or that anyone can stream to the scanlines homepage ?

im still in favour of using scanlines-frontpage for some kind of reoccurring showcase as we already discussed.

for just the use of the server -> then yah of course anyone who wants to can use whenever. although i imagine there wont be that many people lining up to embed videojs in their site, atleast rn…

maybe anyone who wants can just write us/in the chat if they want to use it. i think a spreadsheet or whatever might be overkill…

yeah pretty much, i think both regular formal monthly curated shows and also irregular stream hangs sound like good uses of the space. speaking of which, shall we pick a date and concept for our first stream show?

been thinking about this a little bit, and maybe it could be cool to have a place (a page?) thats different to the scanlines frontpage which can always serves from the stream. if anyone feels like jamming or hanging out can stream/share there, while still reserving the formality of the front page for our monthly showcase

(not sure if its possible to just embed it in any post here like a twitch embed , or needs something more)

and yeah i think someone should volunteer to open the streams ! and they can also decide on dates / all those things

I enjoy collecting information together and would be into volunteering some time to this cause if you all want. I’m in a position with my job that I’m good and have time.

It would be fun to use something like livelab to do the initial streaming and then have one person setup OBS to mix between visuals people were doing.

that would give people a chance to do some “VJ” style video mixing without having to think about making the video. Hopefully giving a chance to people without systems themselves to test out a really powerful system.

that approach isn’t for everyone though

I’m also imagining doing the OBS mixing above then taking that out from the computer through a system then back into the computer and it should all be doable!

a few notes. id be happy to be available turn on the embed for anyone who’d like to stream, just let me know when you’d like to do it. even once i streamline the process a bit (no pun intended) which will involve tweaking the embed plugin i built, i believe that only admins will be able to access the panel needed - so this wouldnt really be a “self serve” situation, but again i’m happy to do it if people just give me a heads up.

the other thing is about the video.js player: i noticed that when streams stop and then start, the page needs to be refreshed in order for the new stream to show up in the player. so that was why i was leaning towards only turning it on when needed, and starting it only once the stream is live. if the player loads while no stream is going, it throws an error and then even if the stream starts, the page still needs to be refreshed to start playing. so it’s a little clunky to use for a permanent embed, maybe a different player would work better for a static page.

and one more thing: it’s actually kind of tricky to build a single static html page on here - there’s a “static pages” plugin/component but it uses the same compose window as a forum post, not raw html. the player doesn’t work in posts because the JS doesn’t load i think. so yeah those are the kind of caveats i personally know of at the moment.

thanks for the insights @palomakop , yahh i thought it might not be so easy to serve it from within the forum. if so it prob would be easier just to save some simple html on the chat server and route an endpoint (chat.scanlines.xyz/jam or something ? ) directly to this in nginx ?

@wednesdayayay this kind of group collaboration style performance sounds fun. from some discussions we had before was thinking that a different person could showcase each month. and that person can decide when it will be , who to involve and how. so for example one month someone could stream just from there own setup , or get together with a friend to stream together physically. another month the host may want to dig into livelab / obs mixing between streams. - as long as everyone sends the final output to our stream-server we can show it here. what do you think ? do you want to host the first stream (trying this collaboration style or otherwise ) ?

i actually invited Bobby Pharaoh to do the first edition of streamlines (streamlines_001) but we haven’t picked a date yet. probably should have mentioned it slightly sooner

i think it would also be cool to set up a queue for the next couple of months, @wednesdayayay, @Mars_Sorensen, @autr if any of yalls would be down for like hosting a stream over the next 4 months that would be super awesome if we can have like a schedule thing set up in advance and whatnot sos yalls can invite folks to hang! something i would like to encourage folks to think about as well would be in addition to whatever they have planned to also include some information on their signal paths and whatnot! either just talking into the stream or maybe preparing a text thing to include if they do not feel like they would enjoy talking in a live stream. just for the sake of sharing information and whatnot i think it would be fun and informative for everyone!

I would be down to put together something for one of the months (people, theme, documentation etc…) we could start a wiki to figure out dates and have people sign up.

it would be neat to do a pre show or post show walkthrough of the patch for sure. 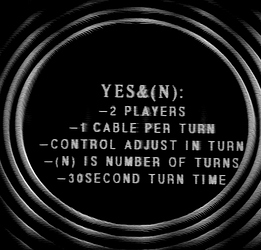 i liked this one the most
we would be able to do something like this pretty easily using https://livelab.app/ or whatever else to get two or more people streaming together

do these streams get saved at all?
I know I’ll just record whatever I’m sending to the stream too

i think @cyberboy666 has been playing around with something like a distributed open source youtube type thing that we would be able to host ourselves, would be cool to have an archive of the streams on there. but yeah for now people will need to record things on their end.