very excited for our second edition of streamlines this friday, with live a/v by @respirator !
when: 3pm EDT, friday, july 24, 2020
where: scanlines.xyz 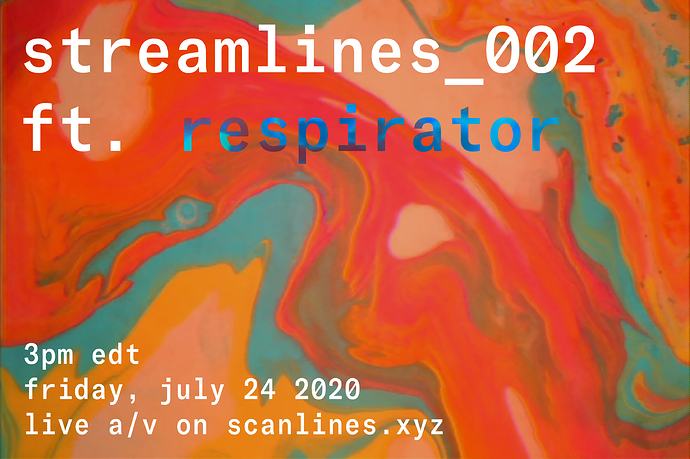 everything is finished uploading now so go ahead and download at

just don’t listen until after the live stream

lots to do before tomorrow

The marbling is super nice.

@respirator FYI there’s a typo in the scanlines URL at https://coordinator.bandcamp.com/album/craft-crates

just don’t listen until after the live stream

hard to resist the temptaaaation though!

for those who -like me- struggle with time zones, stopwatches and how many hours are in a day:

thanks for the heads up about the typo!

I’m going to try to record this on my end

but if I can’t will the stream be getting saved any other way @palomakop?

the best way to record it is for you to record on your end - you can do it right in OBS though. we are making an archive of the series on videos.scanlines.xyz as well!

just let me know in the chat once you’ve begun your stream so I can turn on the video embed in the header!

this edition has been added to the streamlines archive!