This post is about a patch I’ve been working on which started out as an emulation of a hardware instrument called memory palace which is based on older video instruments and new technology. My patch was born out of a want to explore its inner workings and to take it further. I’ve been working with video synthesis for a long time and touchdesigner has been a wonderful playground to for similar experiments.

Let me introduce you to VVeb

There are two modes of operation
Warp and Paint
Within those modes the same set of controls can all be used but will result in different outcomes.
Warp and Paint modes are made by swapping the order of the core modules.
The core modules are keyer, spatial & color processors, buffer feedback
Warp mode is more like classic video mixer feedback
Paint mode is more like painting/looping an image onto the screen
Some of the controls have built in motion processors for automation

In this video I go over the basics of how to use VVeb.
note this video is using an older version of VVeb where the interface was still based on direct in patch controls. Now the whole patch has been packed up and given custom controls

This compilation is more paint mode than warp mode.
things that have come out during testing/fixing this week. some of the modes in this video are not present in the current patch. 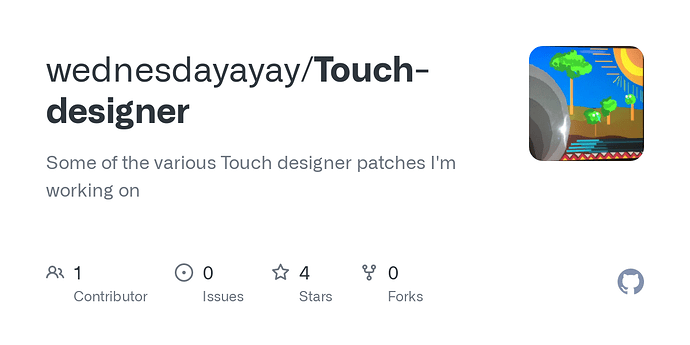 GitHub - wednesdayayay/Touch-designer: Some of the various Touch designer…

VVeb is posted the GitHub above

I have some work to do on both of the displacement engines still but the patch is very useable without them. They are included in the patch but don’t currently have custom controls.