I just recently found this thing from 1994 called the “Sony PHV-A7”. It’s a photo video camera that you can use to scan/film your photo negatives with. This is what it looks like: 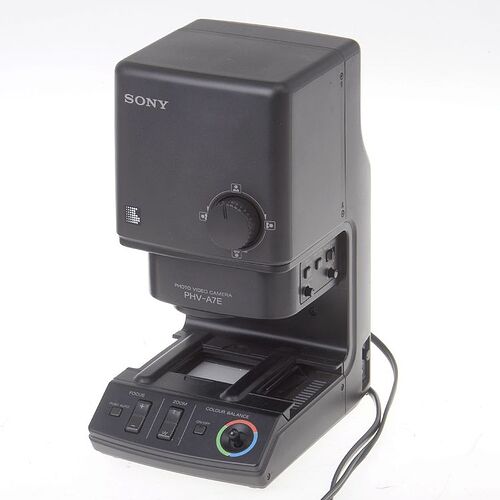 Very unusual item I thought that you can do great weird things with. Works like a microscopic camera and has a great zoom!

It’s made me think about creating a thread where we could share lesser known gear that feels a little unusual for the time - or where you noticed they were adventurous/trying stuff out (similar to the very popular “XV-T33 Sketch Titler”).

We used to have one of these in our collection. realtime video capture to thermal photo print. 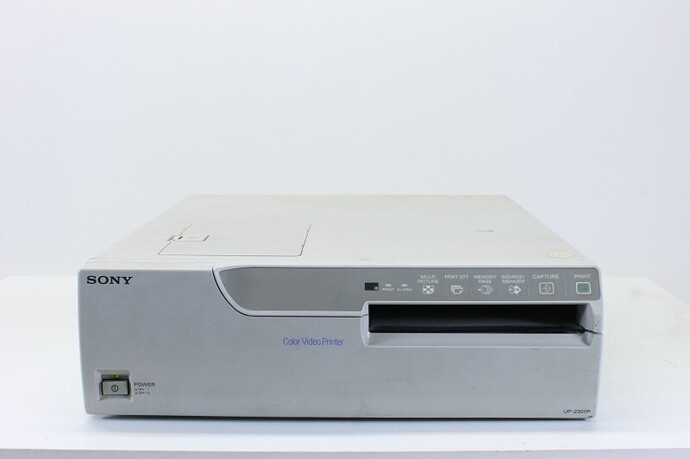 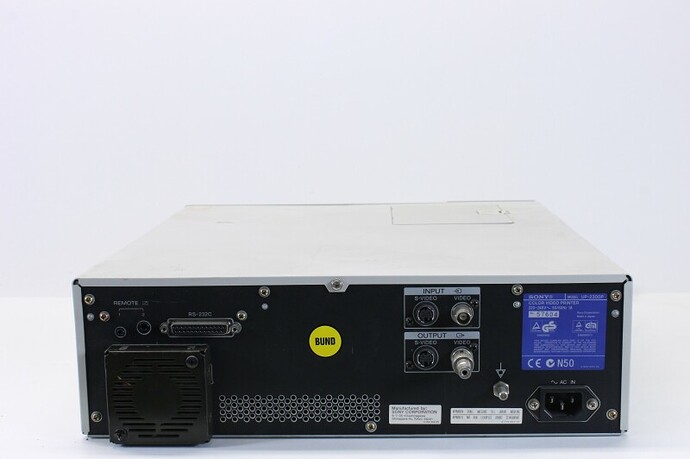 I’ve got one of these: 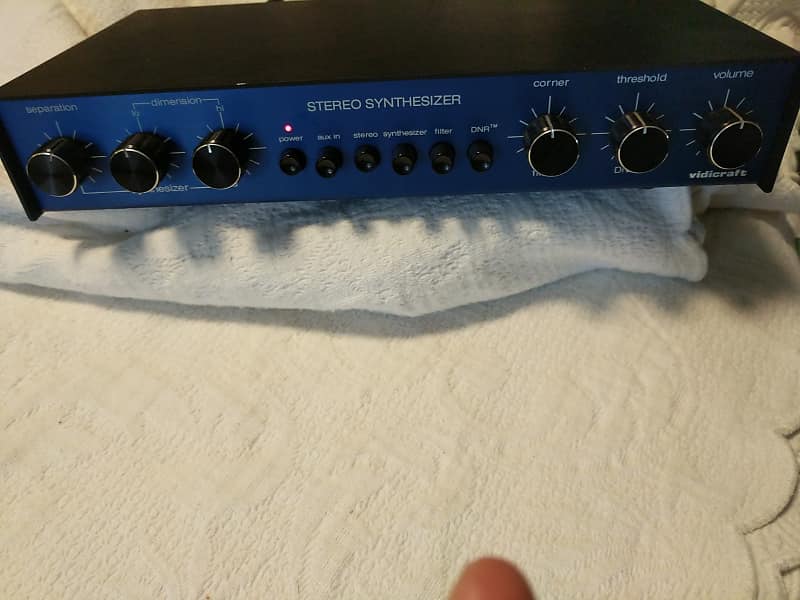 Some of the controls are labeled differently on mine, but it’s the same unit. Weird, stereo multiband EQ of some kind that essentially pans the different bands across the stereo field. A bunch of i/o that can be misused. A simple, noneresonant lowpass filter and abasic, single ended noise reduction. I guess it was for stereo-izing your mono VHS tapes or something. It’s all pretty subtle but it can sound good in front of a reverb, and it’s mono compatible unlike all the haas effect stereo expanders.

I don’t have a photo, but I’ve got a slide-to-polaroid optical printer, with analog color correction (three RGB faders that adjust the color of the light inside). I’s completely unusable because it uses Spectra film that’s long gone. Basically new with the manual and everything. Paid $10 at a yard sale for it and a pretty clean Frogs LP.

EDIT: I should double check, it might actualy use 600…

let us know if it is any good! they say 250mb/hour for mp4, so that’s heavy compression

I had one of those, too, except mine used 6xx packfilm. It’s still sitting in my parents’ basement, essentially useless now (unless one wants to scrounge up out of date and overpriced Polaroid or Fuji filmpacks). Actually, as I type this I recall that I scavenged the actual filmholder at one point, making the whole thing absolutely useless.

OK, all the stuff I posted and deleted about the thrift shop Big Shot I’ve been holding on to for years being impossibly expensive to use in 2022 might actually be wrong:

Instax Wide is current production and costs about 80 cents per shot. I bet it would work in those printers, too, if it works in a Big Shot.

Apparently it works with a stock, unmodded og Shop, too. You jsut force the instax cartridge into the Big Shot in a darkroom//bag, take one shot, go back to the darkroom/bag and swap it into a proper Instax camera, shoot again in full darkness to make it eject, and then repeat. So completely impractical as fatr as convenience but for 80 cents a shot it would be worth it.

There are also 3d printed instax to packfilm adapters designed already, but I have no idea if they’d fit the Big Shot and there’s still the issue of not being able to get the film out easily. 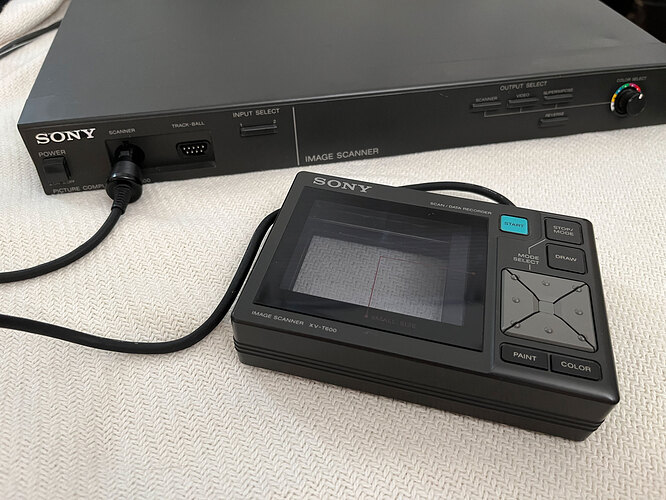 Does it count that I bought a copy of Fighter Maker for PS1 last months specifically to make raw material by misusing it? 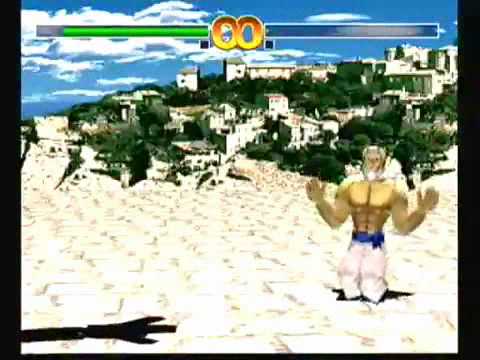 i was curious about 90s-era games where you can do interesting graphic stuff. only vaguely remember mario paint on the super nintendo. reckon there must’ve been some more exciting ones on other consoles.

I haven’t messed with it much yet, but a while back someone gave me a copy of MTV Music Generator (also PS1) and it has a whole video module that lets you make abstract, low-poly “music videos” to go with the tacks you make. 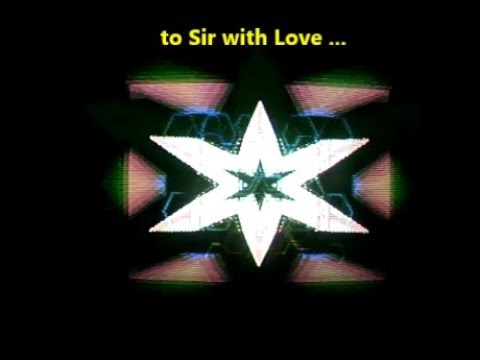 EDIT: I’d have to check the manual, but I THINK there’s even some limited performance control possible with the visuals (and I know it does a lot more than what’s in that clip, that was just the only one I found that wasn’t a view of the sequencer)

Yup, MTV Music Generator has some pretty great low-poly flavor to it. Making tracks in it is a total pain, and arranging the video elements in the sequencer isn’t much better. The real utility from it comes in the CD player mode, where it will automatically (very slowly) generate a video sequence to play along with any pre-recorded album you swap into the PS1. You can adjust certain vague parameters (variety, rate of change, etc.) on a scale from 1 to 100 before telling it to load the video arrangement.
To the best that I can tell, the effects, colors, sequence, etc. that it picks each time are mostly randomized when it generates a video. Doesn’t seem to be audio reactive to me or really matter what kind of music you give it, so I usually try to grab the longest CD I can find when I’m messin’ around with it for some glitch vid painting. Was definitely a handy video source for me in early days when I was testing out my first analog video mixers/processors and their respective feedback loops. One thing I’d really like to see would be an effective way to run the game on a portable emulator like a PSP (which does have an A/V breakout cable available) with the ability to trick the ‘disc drive’ into loading up a digital album or virtual disc image to have that cheesy 90’s aesthetic on the go.

“Sony XV-T600 Image Scanner” I just fell in love. I have to find one of these.

I actually picked up a Playstation mouse to use with it, which helps a lot but I moved before I had a chance to really dive in and since the move I’ve been focussed on other stuff.

The main reason I want to use it is loading my own samples in and using it to make loops and stuff with that Playstation DAC sound (and reverb) that I can sample and use in the MPC.

Just picked up one of these Citizen VCRs with built in color CRT!
Woman I got it from said they bought it for a family vacation in the early 90’s but the kids never used it. So, it sat in its original carrying case (which I also got) until today. Popped in a cassette and…it didn’t work. Lubed some gears and cleaned the head and it sprang to life. Screen is incredibly clear. (Photo stolen from eBay as I haven’t taken a photo of mine yet. I need to reassemble it.) 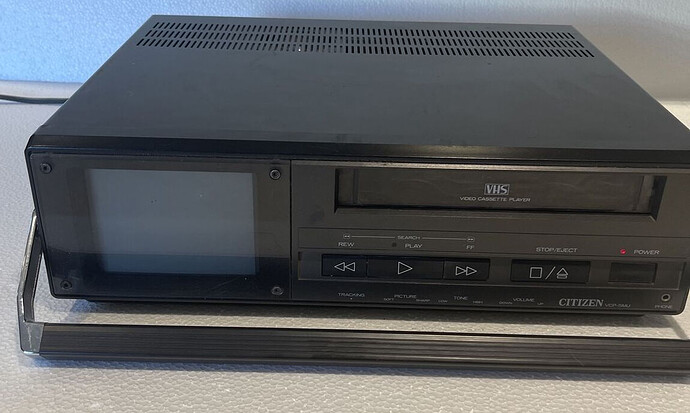