Video from computer to waaaves pool to projector

I am having issues with waaaves pool not showing my display window from my computer. I would like to have a video play from my computer to waaaves pool to synthesize live and project that. I have tried changing the display settings to the lowest they will go,ive tried to split screen,duplicate screen and second screen only with no results.

any thoughts? do i need any software?

What kind of hdmi to usb converter are you using? It needs to be a capture card/capture device and not just a converter. I got one off Amazon for around $20 that works well.

ive had luck with 2 hdmi video (usb out to hdmi in) capture cards. one going out from the auto wave into the computer via an hdmi cable to a hdmi to lightning dongel (mac user). and one that goes from the computers usb slot to the auto waaave hdmi port via hdmi cable . I then open quick time and start a new movie recording. the quick time window acts as a second monitor for my computer and i can drag what ever window on my main monitor over and it will show up in the quick time window. the resolution isnt great but it works. Im sure there is a less wacky way to achieve this result but it is a way.

It could be a power supply issue. Not enough juice maybe?

Hi! Just wanna ask did you solve this problem? I’ve been stuck with the problem for many days but I still haven’t solved

A lot of USB HDMI capture devices need USB-3, so that might be an issue.

I’ve had such good luck with the ubiquitous no-name cheap one that you see everywhere, that I pretty much do’t even use my “good” one anymore since it needs USB 3, usually needs external power to work reliably, and is a lot bigger, where the cheap kind looks almost as good and seems to work reliably with just about anything. 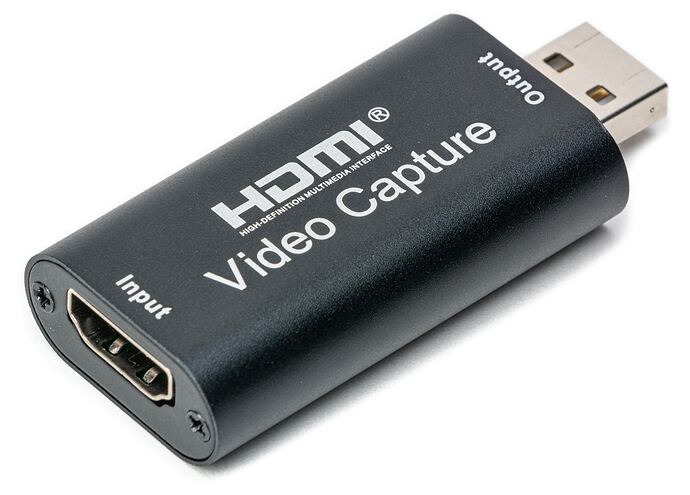 You can get them for under $5 all over Aliexpress, I’d buy one each from a couple different vendors just in case one of the other cheap HDMI capture dongles that ISN’T good is inside the one you get. It’s never happened to me, but they apparently exist (this $2.50 one looks suspicious, for example).

At some point I’ll try one of these out, once the VSERPI stuff is stable on a Pi 4 I’m hoping to run it in parallel with a direct camera signal so I can blend/switch/key between the raw camera and the processed camera in OBS. 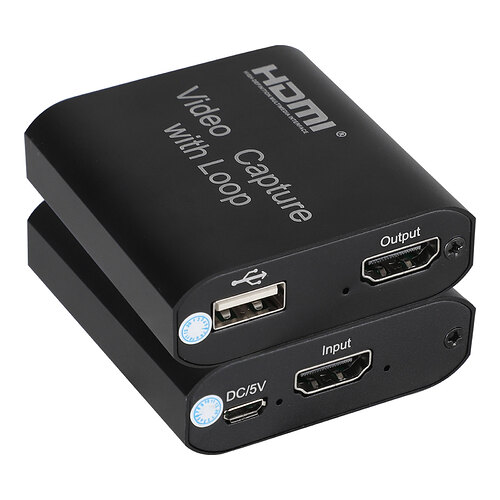 They cost about $15 and some variants claim to go up to 4k ut I have a feeling that’s only the loop and the capture is still 1080p, because there’s no way 4k video is getting captured via usb2.