Hiya. Here is my third successful bent video device. A VideoTech VTG228. These are UK made devices, and Video Tech is a fairly common brand here. They have lots of interesting wee boxes. This one in particular is quite a nice video titler with lots of colours, backgrounds, etc. In the past I have started bending another one of their simpler titlers (with a patch bay), but the chassis of the thing was metal, which is a real nightmare to drill through, and I blew one of the ICs, so I’ve put that on hold for now. In contrast, this one has a plastic case, which is far easier to drill. 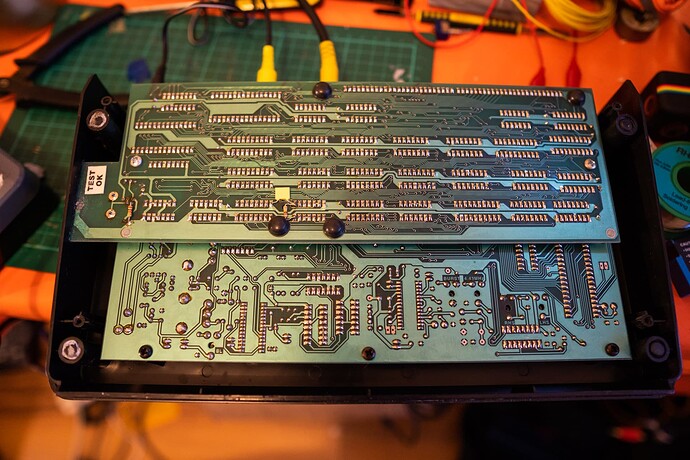 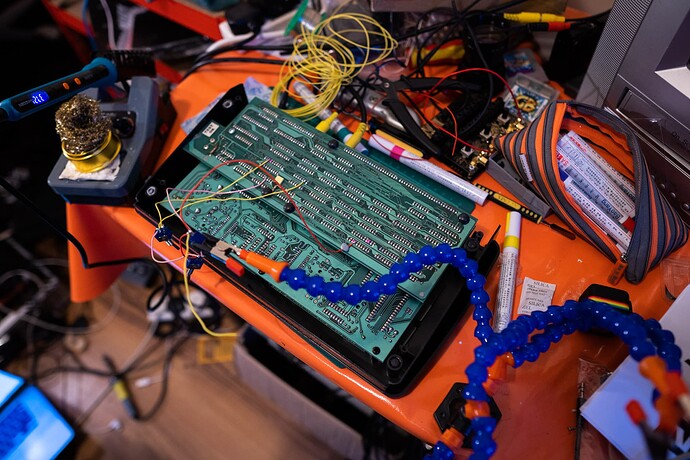 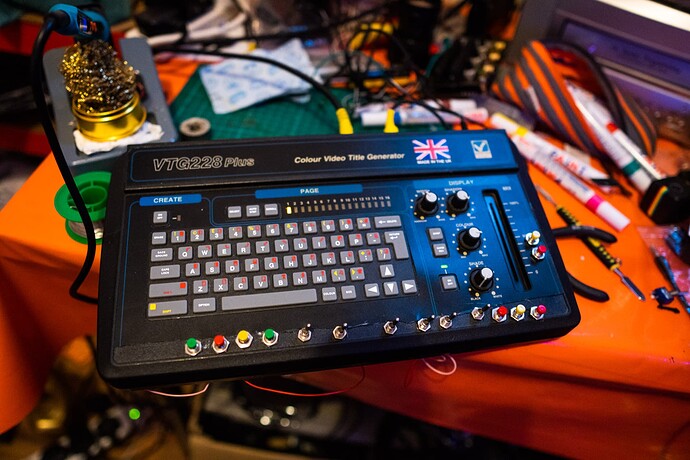 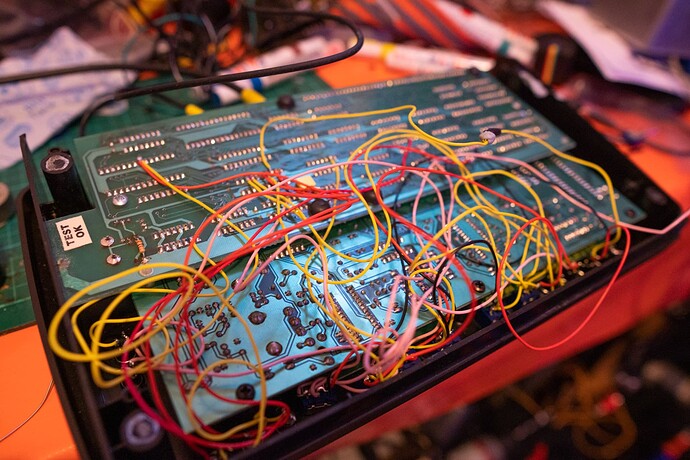 Bending a titler is different to an enhancer, as you need to be careful not to scramble the memory of the thing and lose what you’ve typed in. You can also really mess up the scroll/clock thing in a way that can’t be fixed without a power reset. I’ve added a bunch of buttons and switches to really glitch up and get crazy effects on the text which is pretty cool… I could probably go further, but I don’t want to risk over stuffing the chicken and blowing something since it’s working well as is.

Unfortunately the front panel has this weird sticker on it, as opposed to the labels being printed. That meant that when I drilled through, it cracked, and I had to just rip it off which isn’t all that neat at all. I also misjudged the location of the screw posts which threw off my switch/button placement. I wasn’t really going for anything all that pretty, but I need to work on that side of things.

I have another one of these that I will probably bend soon as it’s a fun project to do. I think for that I will remove the front sticker entirely and spray paint the thing, as well as being much neater about the button and switch placement.

I will do a video on this at some point to explain it better and show off what it can do… but for now, here’s a wee preview: whoa that is super cool - love the glitchy text effects

Here is a video walkthrough of what I did and why and how this differs from video enhancers and the end result. Finally watched this. Usually a bit underwhelmed by what I’ve seen of bent titlers, but not this.

Even the stock unit is pretty cool. Love the grid it uses to layout the text. And having actual knobs for some functions is rather unique.

But with the bends it is quite awesome. The shapes and patterns are great. Nice job!

Hey, thanks so much for the kind words.

I bent another video titler from the same company, but it wasn’t very exciting. As you said, it was a bit under-whelming. I installed a patch bay which was definitely the wrong choice as well. Buttons are far more fun.
I’ve got another one of these that I will probably bend and put up for sale at some point, so will drop a link here if I ever finish that to a good standard

Too bad it’s PAL though.