The first prototype is ordered!

The idea is to make a sort of posterize module (as featured in the Panasonic MX30 and the likes of), but with a lot of control.
So I made a design with 5 layers, which are 5x comparators with width and strength controls.
They can share the same input (they are normalised per input), but can also have their own input (for experimental stuff)
The outputs are routed into a R2R ladder and through an amplifier.

The first proto will test if this works as intended.

The next proto ideas:

If you have any tips or feature ideas, let me know!

picture: big pcb for testing. the final product will be smaller! 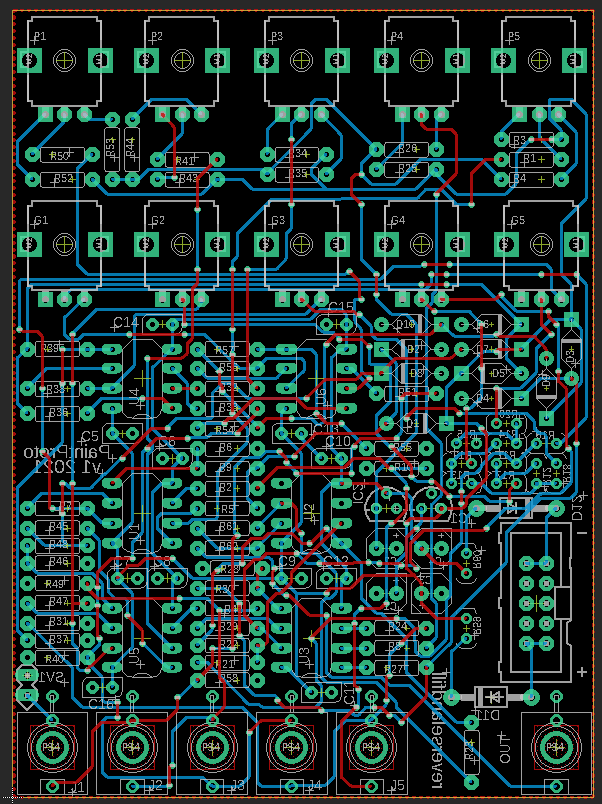