Wonky setup to get VW working, how to improve?

Hey, I’ve been running VW on an old mid-2010 imac. I couldn’t get clear, non-choppy recordings. So, I went ahead and purchased an m1 mac mini. I can’t get VW working on the new mac (Big Sur 11.6) with the available xcode 13. It simply won’t build it (can’t compile nonzero exit, or something like that).

So, I tried using my mac mini for recording and the old imac for the VW. It’s a wonky setup:

Everything looks ok, but recordings from OBS are blurry and choppy. So, I have two distinct goals, maybe someone could help me figure out one or the other, and hopefully I’ll have both sorted eventually. 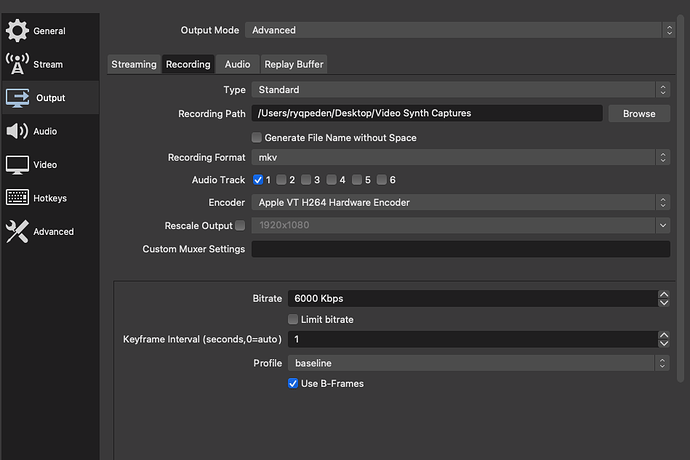 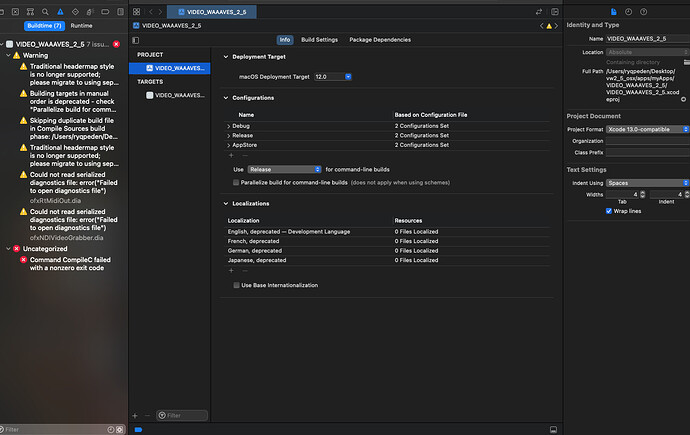 for the mac mini, if the hardware can support it and you dont mind reinstalling, you could downgrade the OS. i am still on mojave and running an older version of xcode (not sure which one atm) and i am running v_w without issues (though there was still a slight amount of debugging the first time running). i personally am not sure how to troubleshoot that error but since i’m not aware of the code being tested on an OS that new (i know andrei doesn’t have anything that runs that) then it’s possible that some things in the current version just aren’t compatible? i actually downgraded from catalina to mojave when i got my current work machine and it was surprisingly painless.

Hey, thanks so much for the response! Appreciate you taking the time. Unfortunately, the M1 macs cannot currently run older OS.

I did read around the openframeworks forum and asked on Reddit. Someone took a look and said it appears there are some dependencies that will need changed and some additional code to make it work on ARM architecture. It’s all above my current understanding though, so I might be wrong or misunderstanding.

Folks on the OF forum were saying they’re working on openframeworks workarounds for the new apple silicon, so hopefully I can learn a bit in the meantime and keep an eye out there and maybe there will be an eventual solution.

It’s so cool to have these tools available, so hopefully I’m not coming across as ungrateful. I should have done more research on the M1 before purchasing. I knew it would paint me into a corner a bit, but didn’t realize it would be completely incompatible with VW.

Just goes to show how important Andrei’s work is! It’s so indispensable to my work now that I’m actively reading through openframeworks guides and learning about debugging xcode and shit just to keep using it. Hahaha! There is no other tool that I use that I’d spend this much time troubleshooting before I’d just give up and find a different solution.

yeah i would imagine that there would need to be a lot of work done in the general oF community to get things up and running on the new ARM macs. I’m not even sure if oF has full shader functionality on pi 4s yet and thats been a couple of years? i bet vsynth and/or touchdesigner would run pretty great on yr new computer tho…

Thanks for the response! And thanks a ton for creating these tools!

about OBS recording: have you tried already this simpler approach?

I did, and it was problematic. That’s how I had initially had it configured. However, I did figure out a decent fix for that:

By either using a much higher bitrate, 40 instead of 6, or by using software encoding with Constant Rate Factor of 14 or less.

Also, I read Andrei talking more about resolution and how lower resolutions can still look great, in fact better since it helps achieve a constant frame rate. So, that’s big a big improvement. I thought more resolution would help achieve the best look, but I was completely incorrect. The lower resolution fixes some of the choppiness I was experiencing.

Checking my CPU, it was almost completely used just running Video Waves. Hopefully, if I pick up a cheap used computer, its better performance will let me rock a constant and stable 30fps in VW.

I’m going to pick up a ~2013 mac to hopefully get some improved performance over this 2010 imac. I’d like to get these tools running at a stable 30fps.

Should I prioritize getting a better CPU, GPU, or RAM for Video Waaaves, Artificial Life, and Spectral Mesh? If CPU, more cores or faster?

Thanks for any help!

gpu and video ram /vram are the crucial points to look for to run these, system ram and cpu not so much

Hey, I was wondering if, in your quest to bring the rpi version to the pi4, if you might have also thought about updating the desktop version to work with M1 macs? Not sure if there would be crossover there (I thought maybe both were ARM based, forgive me if that is naive).

I know you are probably already swamped, so my apologies if this comes across as unappreciative. I just wondered if maybe the work to one would possibly apply to the other.

I did try to get some help to see if there was anything I could do to get it working. I found a very helpful person on the Openframeworks forum that suggested OF-based projects should run on the M1. They suggested using the nightly build and some add-ons. I followed their instructions but just got a blank window or some popups. Here’s a link to the thread with their suggestions.

Anyways, just wanted to check and see if there might be overlap between rpi version and a desktop version that could work with M1.

welp the thing about m1 macs is that i would at the very least need to own one in order to do any development on it, and those are pretty far out of my price range and wouldn’t really serve any other purpose for my lifestyle atm. the vserpi versions already work on arm processors atm also, just a different chipset than pi4 or m1 macs
the main thing to consider here tho is that I did not develop openFrameworks, nor did any single person. openFrameworks is a massive set of libraries built out of c++ that are used as the basic toolset for anyone interested in programming high speed/low level graphics basic apps. m1 support for the general spawl that is videoWaaaves is mostly dependent on not just vanilla oF compiling but also every library i tossed in as well, some of which might never get ported over and would just need to get tossed/replaced.

one thought i had for general speedup of desktop applications tho was thinking about a sideways approach via running video waaaves in some kind of linux vm thing, where theoretically the video waaaves install could be more portable wrt operating systems and more along the lines of how folks install the rpi versions, if i get enuf folks to fund my patreon thingy that would be one of the first projects i’d focus on…

Yeah, I’ve resigned to just “borrow” my son’s PC at night by running cables through the cold air return (for display and USB mouse and keyboard). Not a solution for live stuff, but I’ll cross that bridge eventually.

Thanks so much for your help and advice!