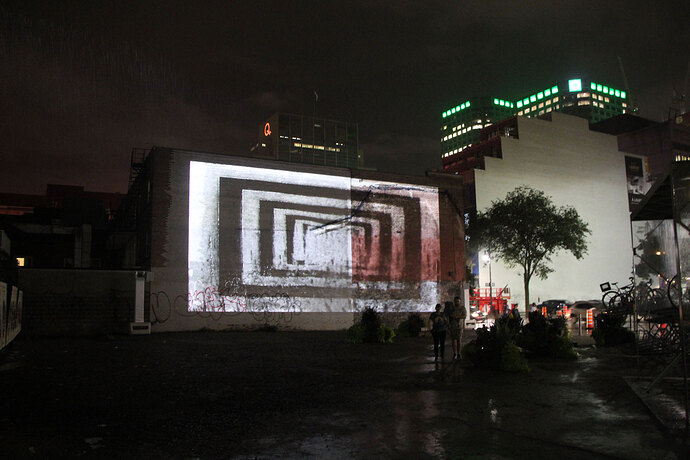 It’s basically a massive optical feedback loop on the side of a building. There are 5 generative feedback scenes, alternating with 5 x 1-minute ‘desktop documenteries’ that give a bit of context to the ideas. 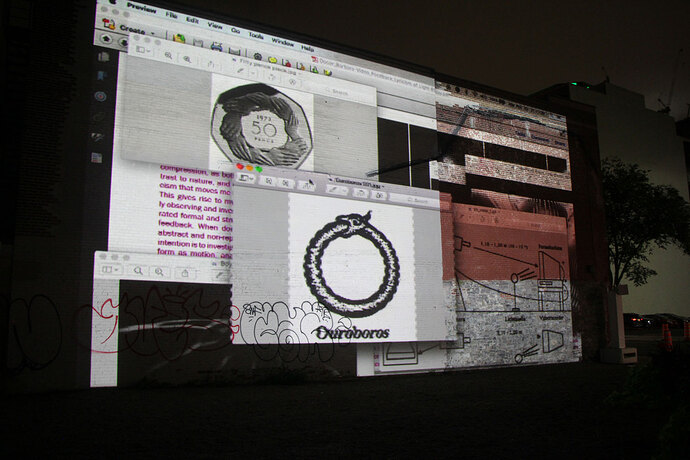 It’s projection mapped and there’s also some digital video processing going on, but the core of it is an SDI-cctv camera pointed at the projection. I’m using Isadora to handle most of the calibration - which has been tricky in an outdoor space with ambient light. When it rains it of course affects the image!

It’s an extension of my experiments for my MRes - ‘Video in the Abyss’ - exploring optical feedback systems and projection mapping installations. The calibration has been really tricky, due to the restrictions of the site and the scale - what works in the lab evaporates on contact with reality! But for the most part the scenes are working well. 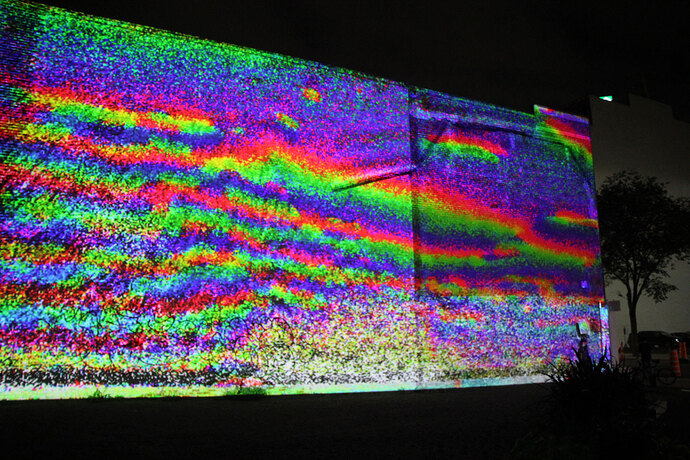 Does anyone know of any other examples of large-scale optical video feedback installations / performances? I’m sure there must have been loads. I’m curious how people worked at different scales / sites.