Heads up that I got one and the ARE useful. There were at least a dozen of them of various brands in the $15-$30 range (mine was something like $22 with shipping). All obviously the same basic circuit with some variation (the more expensive models usually have a fine adjustment control and sometimes more delay available). They’re only a few nanoseconds (mine goes up to 255ns but some have a few more stages and go up higher) so you don’t see it as a delay per se, but in a feedback loop, changing the time definitely changes the characer of the feedback, sometimes subtly and sometimes it 's almsot a complete reset. Definitely worth having, I might pick up a fancier one sometime while they’re still around, and so should you!

I’m just going to keep it o, the monitor out of the FXE100 that I use for my primary feedback loop as an easy way to give it a little nudge if it’s getting boring.

EDIT: unfortunately, they filled the inside of the enclosure with spray foam so you can’t tell what it is. I assume it’s a completely stock design taken from the application notes of whatever IC it’s based on (or something even simpler than that) that was marked up to some insane price when it was new.

A block of yellow spray foam. The only thing I could see were a couple of wires, that they didn’t cover completely, so it’s at least basic enough that the switches were hand wired to whatever else is inside.

I don’t really feel like digging all the stuff out of it, especially with loose wires that would inevtably break and need to be resoldered. 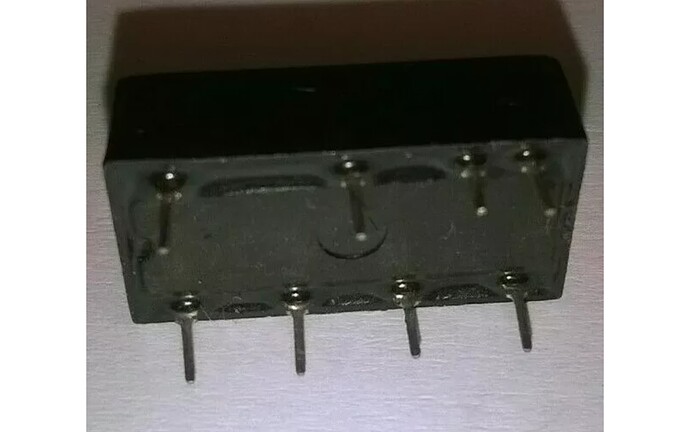 not sure if it’s the same type, but i found something labeled “video delay line” once and took it apart and it just contained a single, super long piece of wire that was coiled up to fit inside.

That’s what I assume it is, and why I didn’t bother scraping all the foam out.

There are a bunch of different brands and they all have exactly the same basic design (self-powered, bank of switches, occasionally a fine adjustment trimmer) and I think it’s asafe bet that the only difference is which version if the chip they used.

When a piece of electronics is gooped like that, 9 times out of 10 it’s because iot was very expensive but any skilled amateur could make the same thing for a few dollars. A lot of 70s and 80s stereo enhancers marketed to audiophiles are like that, and they’re all variations of the same simple Haas effect design from the 60s (basically mixing each channel of the stereo pair into the opposite channel at a low level with a couple MS of delay). The companies that sold them went through all kinds of hassle to keep people from figuring it out so they could charge hundreds of dollars for them. Of course now they’re actually useful production gimmicks (as long as you don’t need mono compatibility) because the old ones were made with BBDs so they don’t sound natural at all.